Some of the extinct birds in the CHOIR 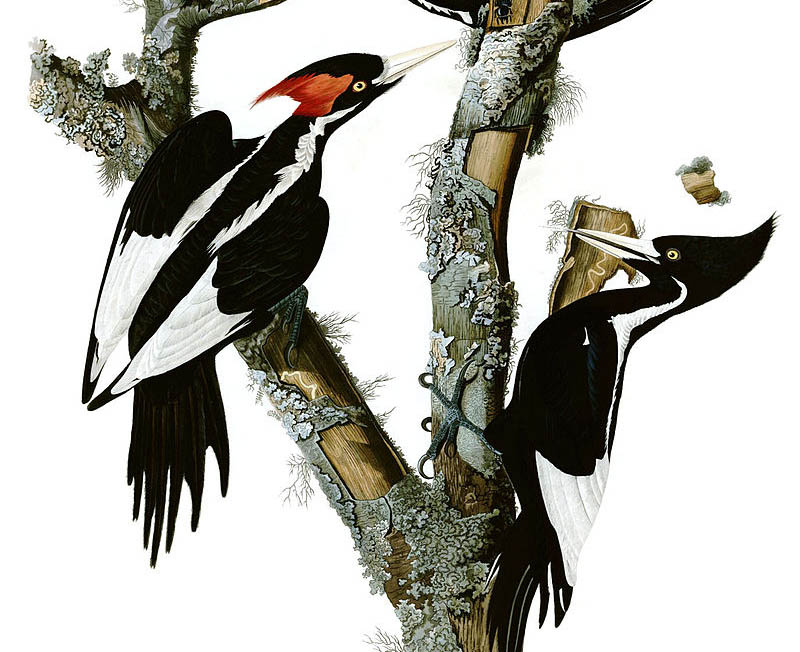 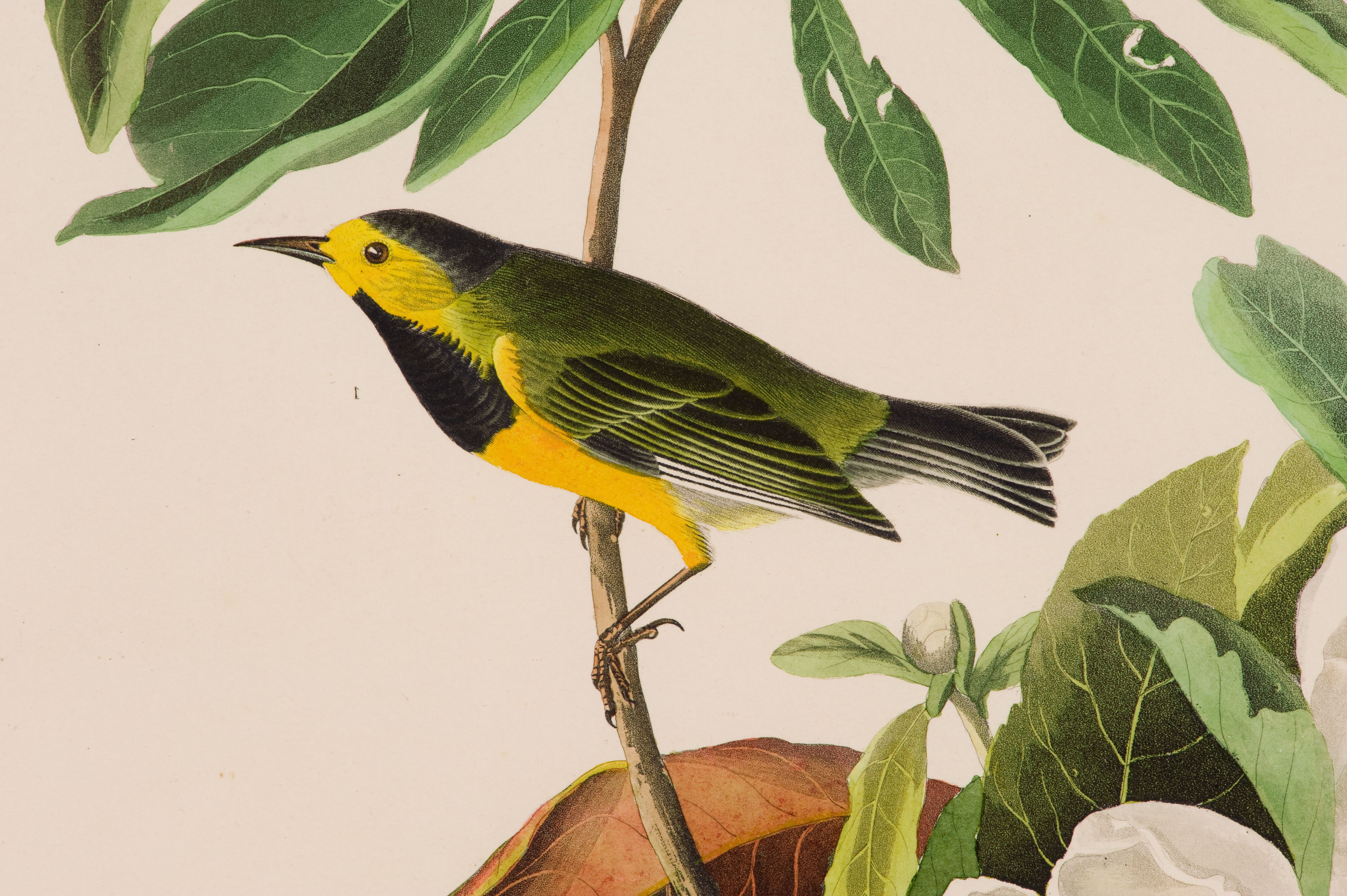 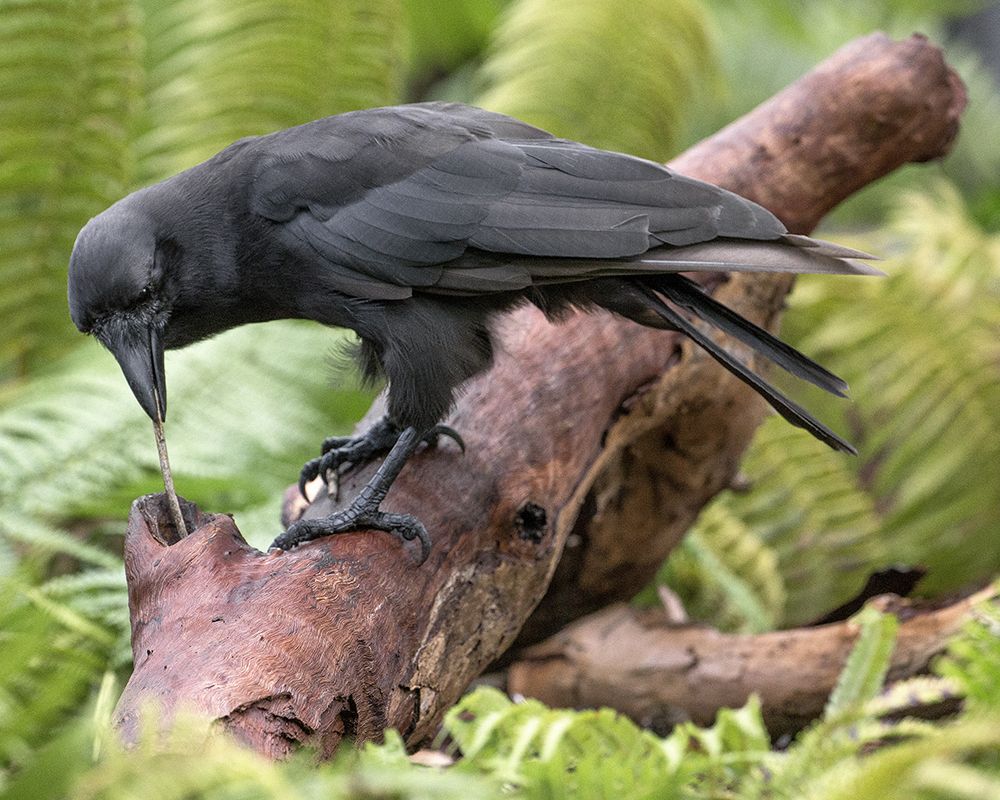 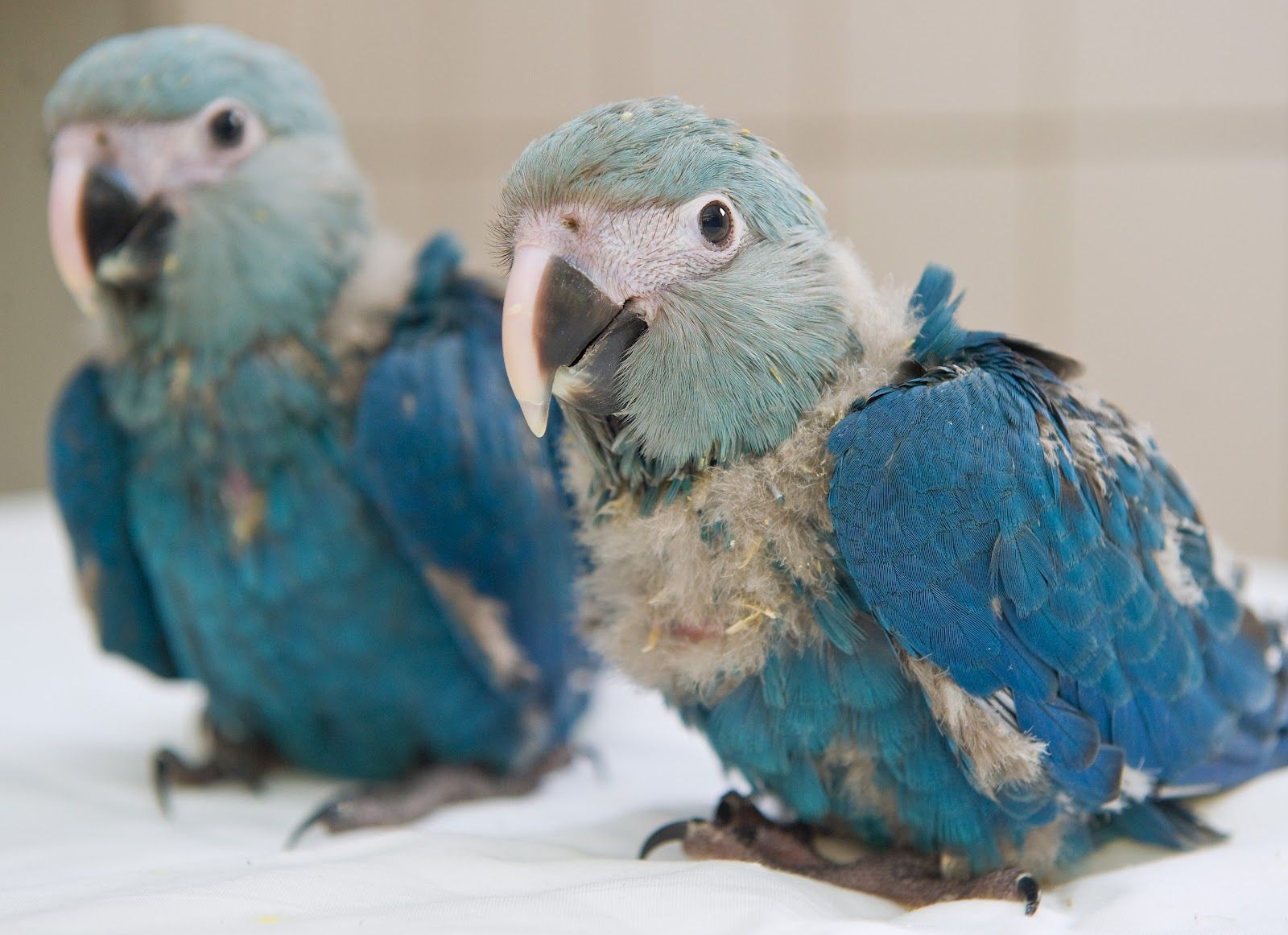 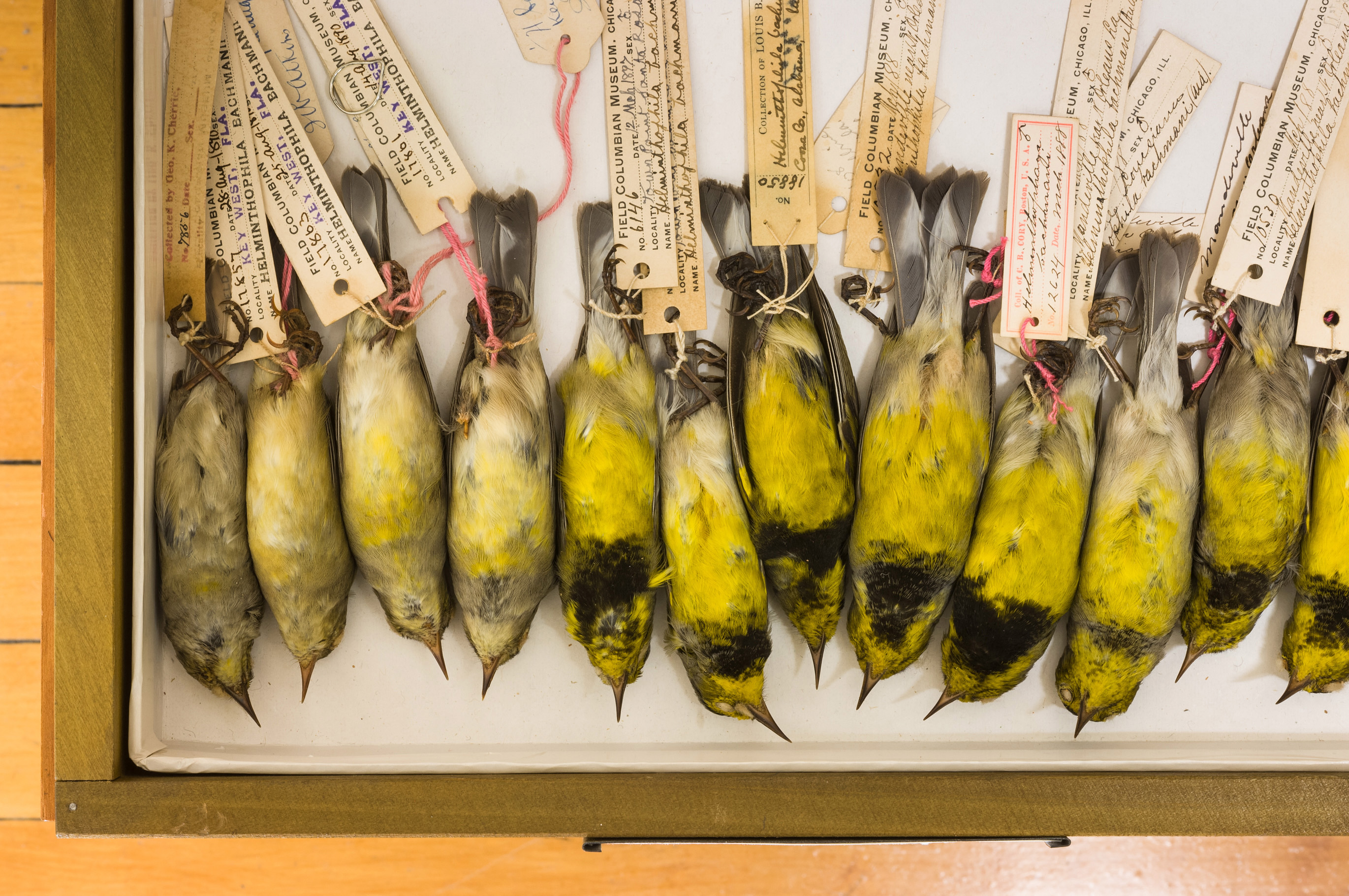 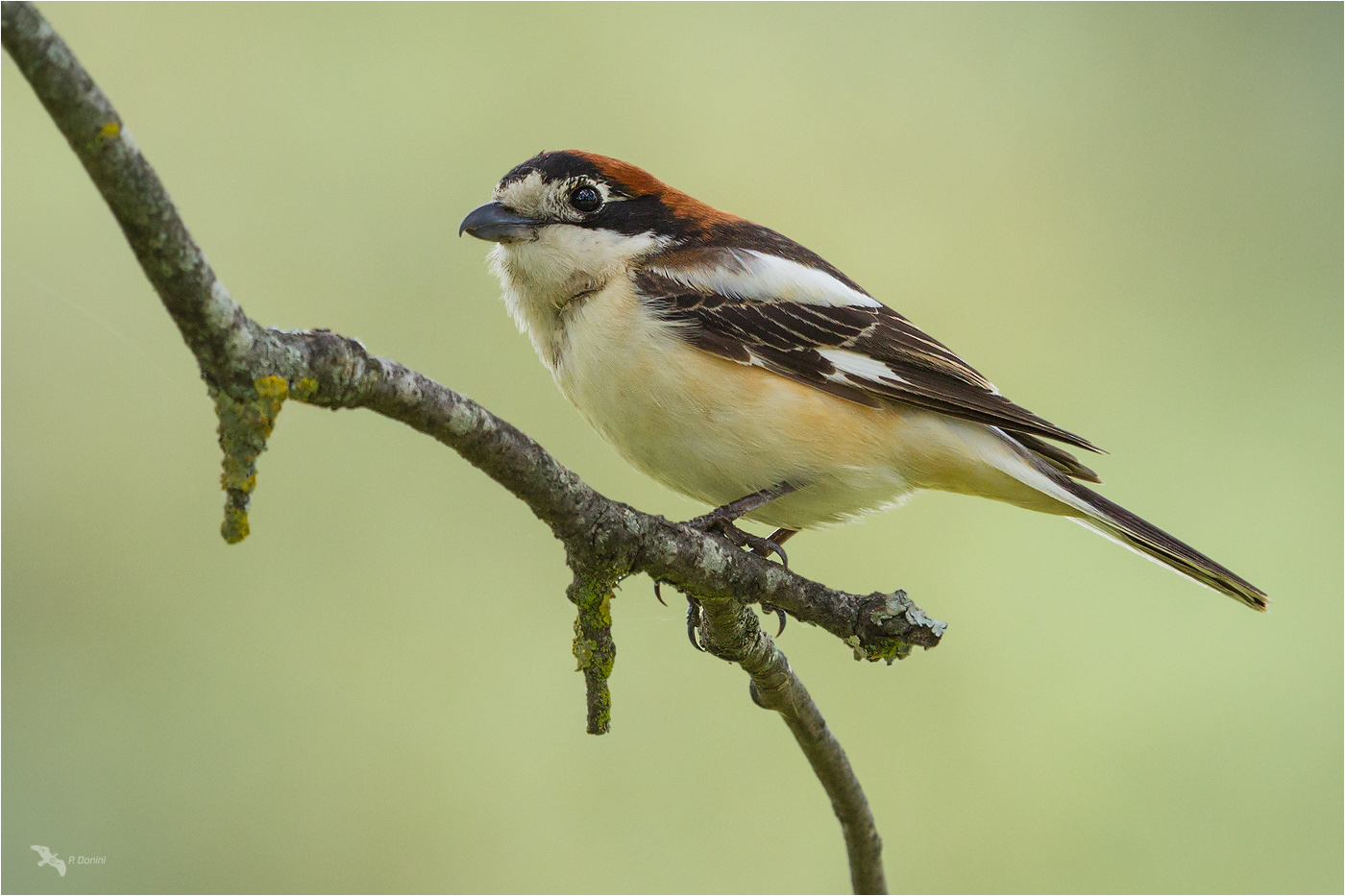 In 2021, the most visited monument in Switzerland and the world’s most famous lion monument becomes 200 years old. The project Lion Monument 2.0 aims to renew the monument by extending it.
Since its establishment, the “king of animals” has become an endangered species, thousands of other species have been destroyed by human civilization.
The project Lion Monument 2.0 aims to give the monument a new relevance and to sharpen the attention for the threat of the lion and the 6th mass extinction.
The heart of the update is the creation of a soundscapes in the idyllic park at the foot of the rockface: from the trees and the pond, the calls of animals that no longer exist will be heard. The dying lion is accompanied by the CHOIR OF EXTINCT ANIMALS. The CHOIR consists of historical audio recordings of extinct bird and amphibian species.

After the project was first presented in the exhibition “Löwensafari / Lion Safari” in the Kunsthalle Lucerne, the CHOIR will be heard in August 2019 in the park of the monument. For the opening night, an event will be organized together with the WWF Lucerne.
> learn more

The monument commemorating the destruction of the Swiss Guard at the Tuileries Tower is being updated. Expanded by an auditory dimension, it becomes a memorial to the threat of the lion as a species and the 6th mass extinction in the Anthropocene. The expansion includes a soundscape and a new narrative.

In the idyllic park around the monument, the voices of extinct animals can be heard from the trees and the pond, in particular bird calls: the dying lion, the “king of the animals”, is accompanied by the CHOIR OF EXTINCT ANIMALS.
The magic of the place remains intact. The extraordinary acoustics at the foot of the rockface are used to create a discreet, supposedly natural sound space. It is adapted to the time of day and the season.

Complementing the previous historical information, the new narrative draws attention to the threat of the lion in the context of the 6th mass extinction.
The information about the monument is provided primarily by the guides of the package tours.
Means of communication (all in English, other languages?):

“Couldn’t think of too many people less deserving of honor. Beautiful statue though.”
“So this is a statue that honors men who protected fascists, right?”
“and it really did touch me emotionally before I read about what it was for.”
“Photos can’t do this place justice. This is the only monument ever that made me cry.”
(comments on tripadvisor.com and reddit.com)

The emotion which the Thorvaldsen sculpture still evokes today and the attention that the Lion Monument enjoys as a tourist hotspot should be used to raise awareness of one of the existential issues of our time.

In its scarcest form, the new narrative could be conveyed by a tour guide:[following the historical versions]You hear that bird? This is not a real Swiss bird – it is a bird of an extinct species.
It is part of the “CHOIR OF EXTINCT ANIMALS”, at a rate of several hundred species per day.
In the 200 years this sculpture exists, the habitat of the lion shrunk by more than 90%. In the last 20 years alone, the number of African lions has been reduced by 43%. [pointing at the lion] The lion is really dying.

Experience design: the visitor’s gaze is first directed to the past through the history of the Thorvaldsen monument, then guided by the soundscape and the accompanying second narrative to the present and the future. Listening to the animal sounds opens the senses to this beautiful space and creates a moment of reflection.

How can the feeling and the awareness be translated into concrete action?
Networking with wildlife protection and environmental organizations.
Action / information booth with the WWF at the Lion monument, etc.

Do the topics of ecology and global sustainability make the project attractive for city and location marketing?

In the divine plan of creation, all creatures were perfect and eternal. It took a revolution to imagine something different.
The young paleontologist Georges Cuvier was the first to develop the theory of extinction of species on the basis of the analysis of bones of the mastodon – in revolutionary Paris, four years after the storm on the Tuileries.
His father had served as a lieutenant in the Swiss Guard.

The Lion and the big extinction

The lion is classified as endangered (vulnerable).
The Asian Lion (Panthera leo persica), whose wild population is limited to the Gir National Park in India, is considered endangered.
In West Africa, the lion is now threatened with extinction (critically endangered). The Southeast African lion is genetically different from the other lion species. In some large protected areas of East and South Africa, his future seems secure. (Source: Wikipedia)
New research shows that the decline has accelerated dramatically in the last 20 years: since 1993, African lion populations have declined by 43 percent. (Source: NYT)

The Endangerment of the “King of the Animals” is part of the manmade mass extinction, the largest reduction in biodiversity since the extinction of the dinosaurs 66 million years ago (5th mass extinction) – today several hundred animal and plant species are lost every day.
The current extinction rate is 1,000 to 10,000 times higher than the so-called normal background extinction rate.
Since the settlements of man in the Neolithic period, the animal world, especially the megafauna, has been pushed back strongly. When people from about 800 AD colonized more islands, they eradicated the local megafauna, which had a low reproduction rate and no flight reflexes, by excessive hunting (e.g. in New Zealand and Madagascar) or brought the resident birdlife to disappear (Hawaii, Polynesia ). However, a real peak of extinction brought the age of discoveries from about 1500, when Europeans settled on other continents, eradicated alleged pests and introduced neozoans (rats, foxes, pigs) against which the native fauna was defenseless. Industrialization, the globalized economy, the sharp increase in the world’s population since World War II and climate change are leading to another sharp acceleration in the reduction of species.

The WWF’s Annual Report 2014 speaks of a partially dramatic worsening of the situation of many species such as rhinos (from a subspecies, the Northern White Rhinoceros, there are only five individuals left), elephants (poachers in Africa shoot more elephants than offspring is born), lions (in West Africa they are about to die out, in India there are only remaining very few) or walruses (they will be victims of climate change, their resting places on ice floes disappear with the decline of the Arctic pack ice). According to WWF, many other animals also lose their habitat: in the meantime, 94 percent of the primates are on the Red List in one of the three highest risk categories.
According to the WWF, biodiversity has suffered greatly since the 1970s: the number of mammals, birds, reptiles and fish has since halved on average, and the world is losing 380 species of animals and plants per day.

The WWF’s Living Planet Report, published in 2016, reports a decline in populations of  14,000 animal populations worldwide by nearly 60% over the past 40 years. Livestock populations in rivers and lakes have fallen by an average of 81% globally over the same period.

IN SPITE OF EVERYTHING

“In spite of everything,”must have been the motto of the Swiss when they took up the fight on August 10, 1792.

Today the challenges are enormous, but the situation is not hopeless: man causes the mass extinction, man can end it.
A prominent example: thanks to the protective efforts, since 2016 the giant panda is not considered endangered anymore.
The Lion Monument has the potential to sensitize people from all over the world to the existential threat through a carefully staged aesthetic experience.
It would be an extremely exciting challenge to further develop and concretise this ambitious project – the “de-banalisation through re-contextualisation” of a quantitatively uncommonly successful monument. 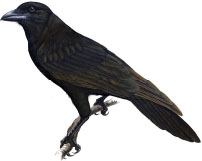 “In pushing other species to extinction,
humanity is busy sawing off the limb on which it perches.”
Paul Ehrlich, biologist
Alala (Corvus hawaiiensis)
Extinct since 2002 in the wild, about 120 individuals survive in two breeding stations. The release attempts have so far been unsuccessful.
One of the voices in the “Choir of extinct animals”

www.loewendenkmal21.ch – – a multi-year project of the Kunsthalle Luzern, curated by Peter Fischer. The 2017 tendered “Lion Call”, an ideas competition for artists, was the impetus for the project Löwendenkmal 2.0.